Erik Veney brings over two decades of experience in some of New Orleans’ most lauded restuarants to his current position as Executive Chef at Muriel’s Jackson Square, where he previously served as Executive Chef from 2002 until 2007. A native New Yorker, Erik got his first taste of the South as a college student at the University of Virginia. His lifelong love of cooking led him back up north where he attended Johnson and Wales University in Providence, Rhode Island and earned an additional degree in the Culinary Arts.

In 1994, Erik landed a job in the kitchen of Mr. B’s Bistro, where he refined his skills under the leadership of Chef Gerard Maras. After a stint as Executive Chef at another Brennan family restaurant, BACCO, Erik moved on to Muriel’s Jackson Square where he became Executive Chef. He earned the title “Chef of the Year” by New Orleans Magazine in 2003. His talents were then called upon by Chef Scott Boswell of Stella, where Erik was named Director of Kitchen Operations. When Chef John Folse and Rick Tramonto teamed up to open Restaurant R’evolution, Erik felt their vision matched his and he joined their team as Executive Sous Chef in October of 2011. Happy to be returning back home to Muriel’s Jackson Square, Erik brings with him fresh, updated versions of Southern Louisiana food. 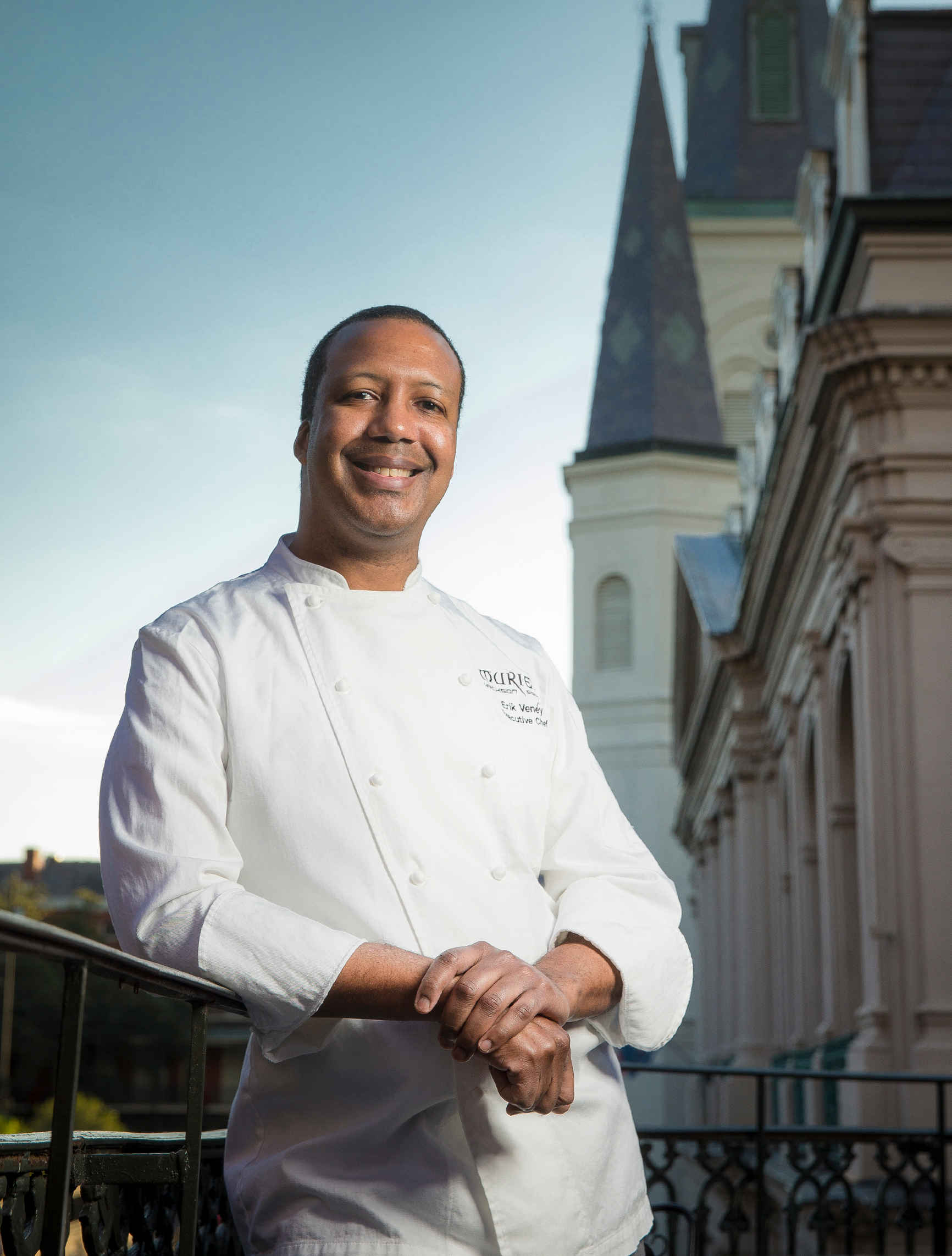